Home » News Articles » Cardinal News: The Launch Place in Danville is one of the top angel investors in the Southeast U.S.

Cardinal News: The Launch Place in Danville is one of the top angel investors in the Southeast U.S.

The Launch Place has invested in over 20 tech startups in the Dan River Region since it formed in 2005. The evolution of the Danville-based organization has taken it from a small business consulting service to a leading angel investor in this part of the country.

Under its initial name, the Southside Business Technology Center, the organization worked to provide consulting services to local small- and medium-sized businesses at affordable rates.

But after a few years, SBTC started seeing more requests from startups and less from established companies, said Eva Doss, executive director of the Launch Place, who has been with the organization since its conception.

“Individuals were coming to us with a great idea and wanted some help writing their business plan or formulating their go-to-market strategy,” Doss said.

SBTC helped these aspiring startups with their consulting needs, but couldn’t help with funding, she said.

“As a startup, you can’t go to the bank and get a bank loan, and there were no investment sources around here,” Doss said.

So the organization decided to create an angel investor network of private individuals in the region to aid these startups.

An angel investor is someone who invests in a business start-up early on, when other investors are typically unwilling to back them, usually in exchange for convertible debt or ownership equity.

But the economic collapse in 2008 delayed these plans, and it wasn’t until 2011 that SBTC revisited the idea of forming startup programming and investment services.

The organization rebranded as the Launch Place after partnering with the Danville Regional Foundation to develop a five-year strategic plan.

“We looked all around the country and internationally at other organizations or regions that have done this to see what we can borrow and what we can learn,” Doss said. “Of course, the task for us was a little different, because we are not Austin, Texas, or New York.”

The Launch Place was inspired by organizations in other regions, but kept in mind that Dan River is a smaller market with unique needs, Doss said.

The Danville Regional Foundation awarded the Launch Place a $10 million grant to execute this plan. 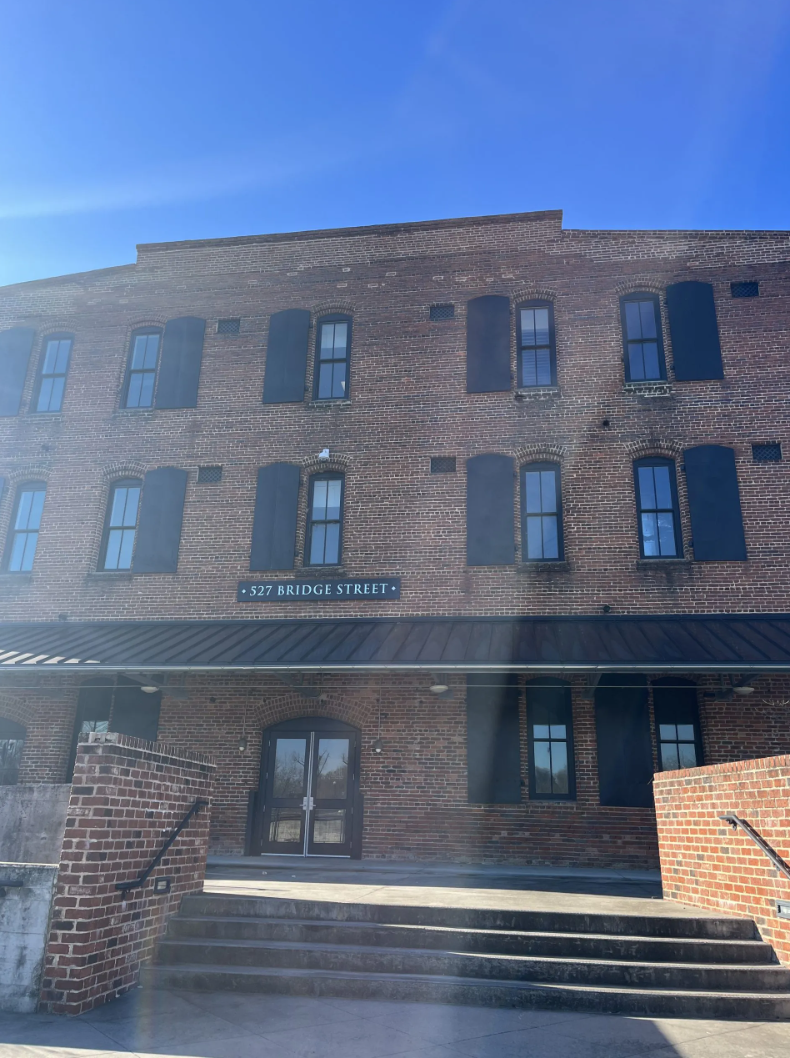 “The intent of that money was twofold,” Doss said. “To expand our operations and provide coaching, mentoring, wraparound services to startups, but also to provide office space to them if they choose to co-locate with us. But most importantly, we created our first investment fund.”

This fund, Seed Fund I, allowed the Launch Place to begin investing in tech startups from Virginia and North Carolina, with the intent to attract tech companies to the region.

Almost 70% of the companies in the Launch Place’s portfolio are based in North Carolina, with the other 30% in Virginia, though some have locations in both states, like The Launch Place itself, which has a branch office in the Research Triangle Park.

One of these companies is VitalPlan, a holistic health company that creates and sells custom herbal blends, and also provides education and support for customers’ wellness goals.

VitalPlan was founded in 2008 by Dr. Bill Rawls, an obstetrician, and his daughter Braden Rawls, after he began experiencing mysterious symptoms and debilitating pain in his 40s and the conventional medical system failed to determine why.

“He had debilitating chronic Lyme disease, and he turned to herbal therapy and alternative therapies, which really changed his personal life and his practice and allowed him to look at illness and prevention from a different perspective,” Braden Rawls said.

VitalPlan was created out of this experience, and the family’s newfound knowledge about health restoration “and how it’s different from drug therapy for treating symptoms,” Rawls said.

The Launch Place invested in VitalPlan in 2018, providing financial support and some networking opportunities for VitalPlan’s fulfillment center in the Danville River District.

Rawls said the Launch Place has VitalPlan’s best interest in mind, especially when it comes to long-term success.

“It’s nice to have a partner that we know has those kinds of pockets, that isn’t just a one-time investment, but they’ve got the funds to be a longtime partner,” Rawls said.

VitalPlan is a B Corporation, meaning that it’s required to meet high standards of performance, accountability and transparency. The company participates in community service in Danville, though its homebase is in the Research Triangle Park in North Carolina. 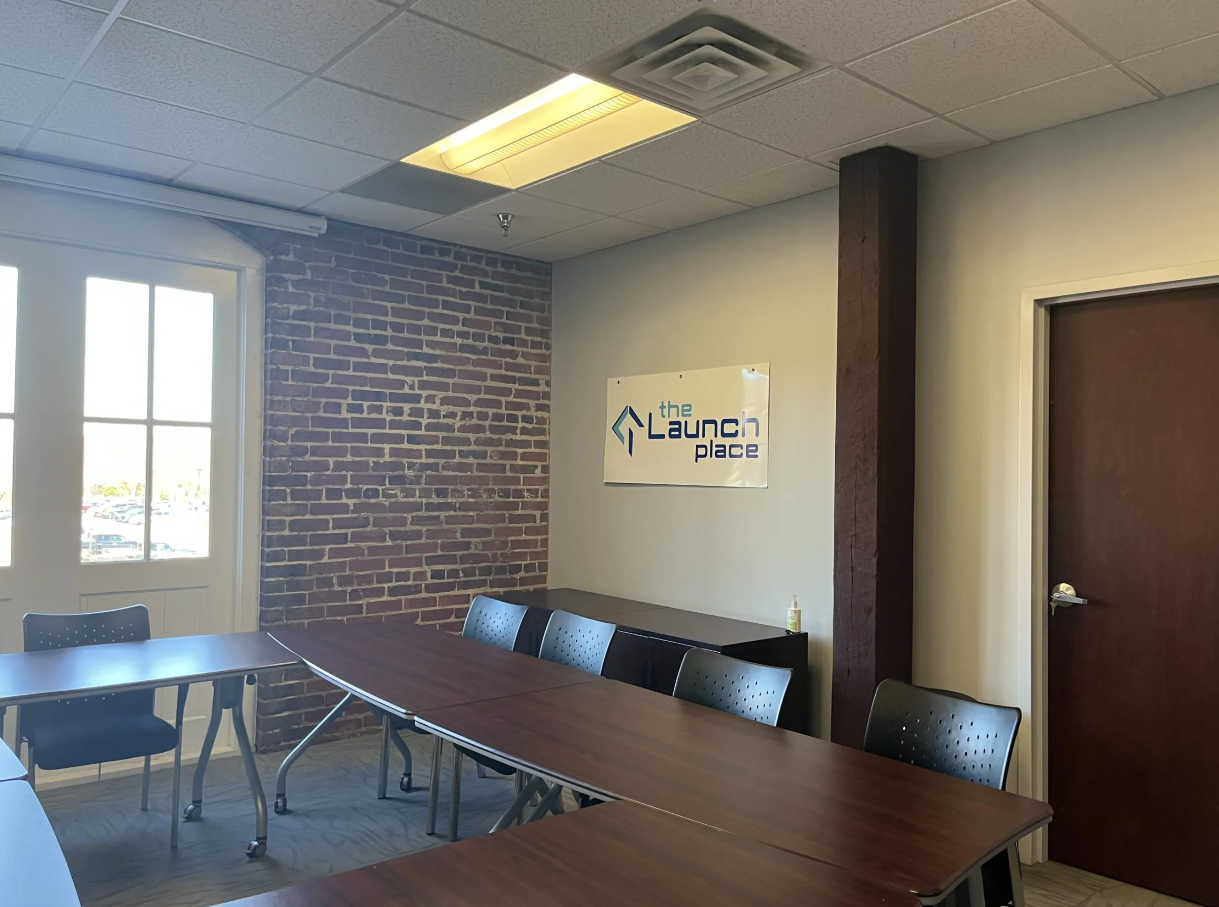 Though the rebrand led the Launch Place to focus primarily on investing in tech startups, the organization still offers consulting services for small businesses outside of the tech space.

One such business is 2 Witches, a winery and brewing company in Danville. Julie Brown, 2 Witches president, said the Launch Place helped with the brewery’s original business plan back in 2013 and again more recently with a plan for growth.

“Having someone that was knowledgeable and had a solid reputation in the community was extremely helpful in the initial business plan, and they also did some market research for us,” Brown said. “Then we went back to them to update that business plan because they were familiar with our business model.”

Investing in startups is a risky business, Doss said, but it can be very rewarding, too.

“It’s very, very unpredictable with startups,” she said. “Nine out of 10 go out of business in the first two years of operation.”

But many of the companies in The Launch Place’s portfolio are doing well, including Vital Plan, Doss said.

The Launch Place has been recognized by the Angel Capital Association, a professional society of accredited angel investors, for its success, said Greg Feldmann, the Roanoke-based chairman of The Launch Place’s board of directors.

ACA found that The Launch Place was one one of the top three most active angel investor organizations in the Southeast United States, which speaks to the amazing evolution of the organization, he said.

“We’ve come from a very humble beginning, not really being on the map in the investor world,” Feldmann said. “In a 10-year period, to come from ground zero to a point where you’re recognized as one of the three leading syndicators in this early state in the Southeast is pretty extraordinary.”

What The Launch Place has done can serve as a model for other localities, he said. But a key factor in The Launch Place’s success was “the incredible foresight of the Danville Regional Foundation to springboard all of this,” Feldmann said.

Still, it will take time to see the long-term impacts of the Launch Place’s work, he said, especially because areas in rural Virginia have not traditionally been leaders in the tech space.

And it’s not only about access to funding, but access to talent, which means that collaboration with localities is crucial in this endeavor. The Dan River Region has been very supportive of the Launch Place’s work, Feldmann said, which bodes well for the future of the area.

“I love Virginia as a place and believe that a lot of parts of Virginia are fighting below their fighting weight” in reaching their respective potential in entrepreneurial development, Feldmann said.